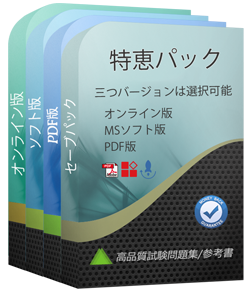 質問 1：
Which of the following is NOT a basic principle of cycles?
A. Alternation
B. Summation
C. Synchronicity
D. Harmonicity
正解：A

質問 3：
__________ is a perception bias that arises when you are attempting to take a guess at something about which you have limited information.
A. Saliency
B. Anchoring
C. Framing
D. Sunk-cost
正解：B

質問 4：
Which of the following is an important point in interpreting chart patterns?
A. Chart pattern interpretation is based solely on the current pattern and ignores the prior trend
B. Chart patterns should be interpreted separately from trendline analysis
C. Longer-term patterns are more valid than shorter patterns
D. Topping patterns usually have smaller price ranges and take longer to build
正解：C

質問 5：
Which of the following must every MTA Member and Affiliate comply with?
A. All of the above
B. Rules promulgated by the MTA Board of Governors
C. MTA Constitution
D. MTA By-laws
正解：A

質問 6：
What is the MTA's position with respect to knowledge of client and employer information:
A. All information pertaining to any lawful activity of past or present clients or employers must be kept in confidence
B. The MTA Code of Ethics does not apply to confidentiality of unlawful client or employer activity
C. The MTA Code of Ethics is silent on client and employer confidentiality so members must refer to laws/rules promulgated by regulatory authorities
D. Only knowledge of current clients and employers must be kept in confidence
正解：A

質問 7：
Which of the following is an INCORRECT interpretation of the candlestick piercing pattern?
A. It is preceded by a market uptrend
B. The greater the penetration into the price levels of the prior day's real body, the greater predictive power
C. It is the opposite of the dark cloud cover
D. It is a bullish reversal pattern
正解：A

質問 8：
A Harami most closely resembles what "western" charting pattern?
A. Inside day
B. Gap
C. Outside day
D. Andrew's Pitchfork
正解：A